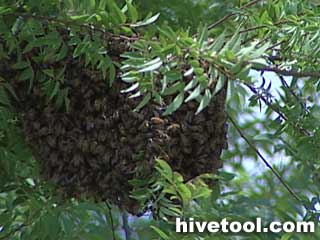 Swarming by honey bee colonies is the natural method of propagating the species. The swarming instinct is usually strongest in April and May.